Revealed: The Best Tipperary Team Of The Last 30 Years As Voted By You

After a week of debate, the votes have been tallied, and we can reveal our fourth 15 for 30 team - Tipperary's best county hurling team of the last 30 years, as voted by the public.

Over the course of the week, thousands of votes were cast but in the end, only 15 could be named.

A few players were always going to make it. Despite three All-Star goalkeepers who were also eligible, it speaks to Brendan Cummins's legendary status that he had no challenge at all, while the likes of Eoin Kelly, Seamie Callanan,  Brendan and Paudie Maher also strolled home.

For others, it was a lot closer. Nicky English is arguably Tipp's greatest ever hurler, but all of his six All-Stars came before 1990. Were his seven years in the 90s good enough for a place in the team? In the end, his legend was enough to get him in alongside other old school forwards Declan Ryan and John Leahy. Leahy was touch and go until the very end of voting, with just 17 votes separating him from Patrick "Bonner" Maher in the end.

For the third time in four weeks, a cornerback ended with the 16th most votes, pushing a 7th forward out of the team, despite receiving less votes. Bonner can consider himself very unlucky not to have gotten the nod. 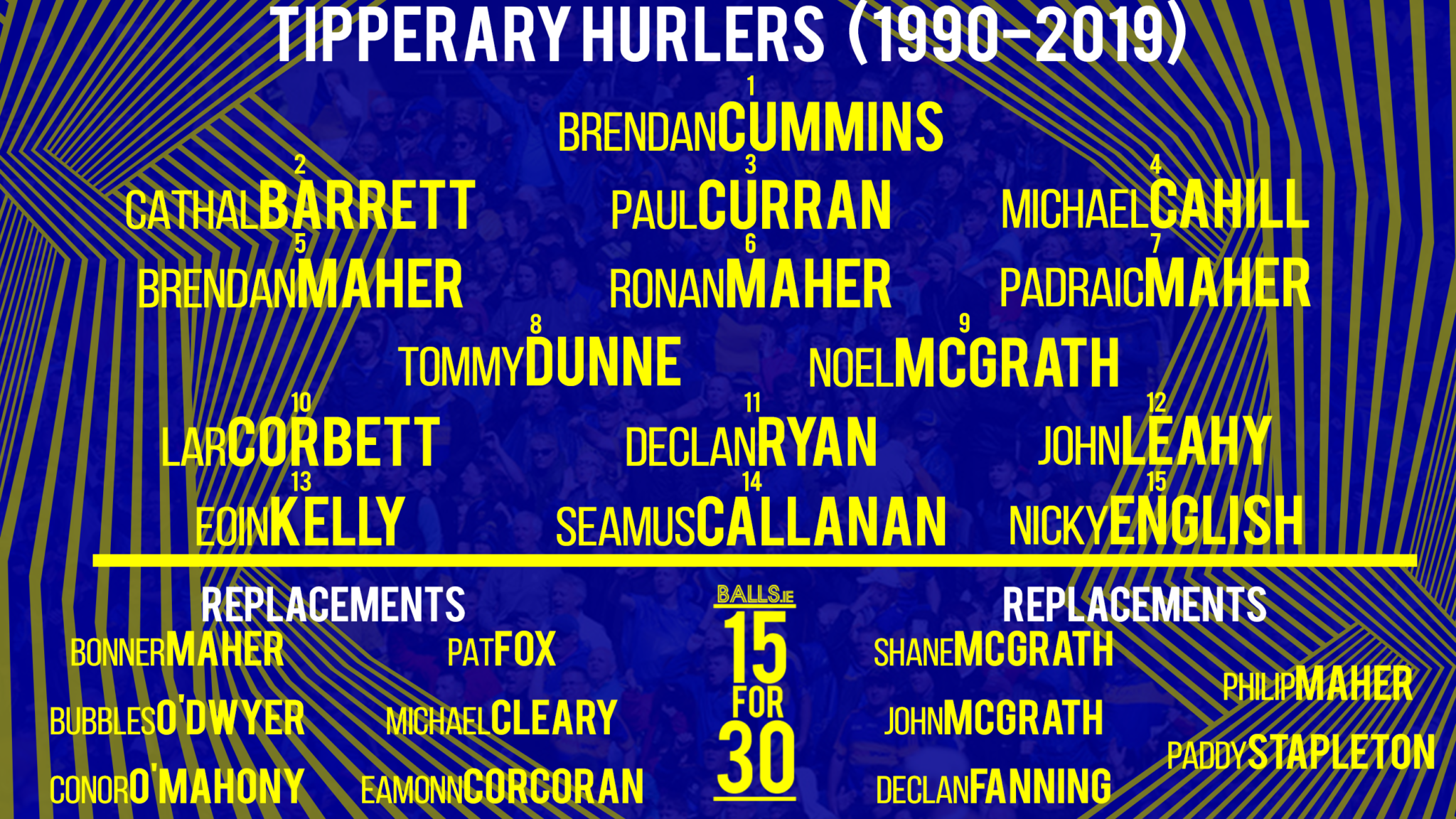 As with last year's All-Stars, the 2019 All-Ireland Champion forward line is somewhat hard done by, but it's hard to say they've been overlooked when the forward line is also without the 1991 Hurler of the Year in Pat Fox and a four-time All-Star in Michael Cleary.

In the backs, two-time All-Star centre-back Conor O'Mahony was unlucky to lose out to Ronan Maher, owing a lot to the latter's versatility, especially last year.

Lar Corbett played a lot at wing forward for Tipp but is arguably out of position considering his best work between 2009 and 2012. 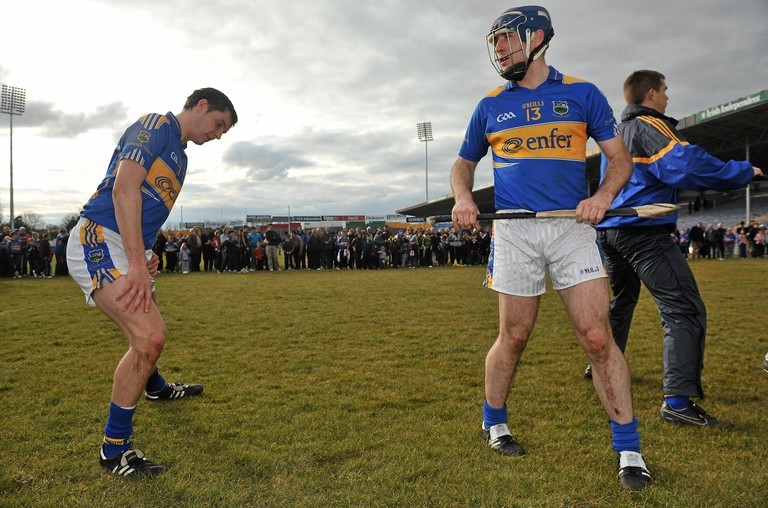 At the top of the voting, we fully expected Eoin Kelly, A.K.A. The Son of God, to receive the most votes. It was an underestimation on our part of Seamie Callanan. The 2019 Hurler of the Year and Kelly remarkably ended up on the exact same number of votes at the top of the poll!

Up next, we'll be moving back to football for the 15 for 30, and the county of Armagh. The last 30 years have seen a revolution in Armagh football. In 2002, they won their only ever All-Ireland title, while they also won seven Ulster titles from 1999 to 2008. Since then, there have been some brilliant players who may not have achieved the same team success, so we're looking forward to see who will join the bulk of the 2000s team in the final XV.. We'll be getting the debate going on Monday.

SEE ALSO: The Best Meath Team Of The Last 30 Years As Voted By You

SEE ALSO: The Best Waterford Team Of The Last 30 Years As Voted By You

SEE ALSO: The Best Donegal Team Of The Last 30 Years As Voted By You