After another week without live sport, we bring you the second episode of our "This Week In.. " series, one of our new schedule of podcasts on Balls.ie. Every week, we'll reminisce on a sporting week that was from a certain year. This week, we're looking back at 2004.

Join Mick, Mark and PJ as they look back on Ireland's first Triple Crown win in 19 year when Eddie O'Sullivan's men played some of the most scintillating rugby in Irish history to overcome Matt Williams' Scotland. It's all hair styles, sexy jerseys, and post match interviews as we look back on what felt like the beginning of a rugby golden era. 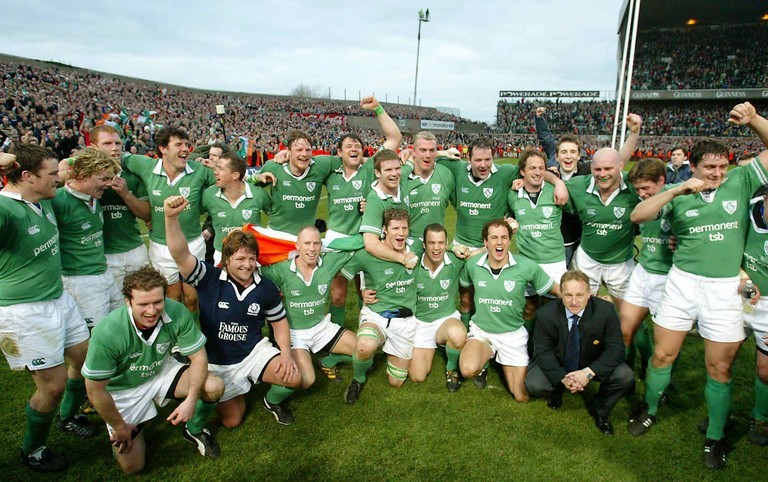 As well as that, Arsenal were on their way to an invincible season when they hosted Manchester United at Highbury with Thierry Henry at his very best, In the Champions League though, nothing at all went to plan as the craziest of seasons peaked at the Quarter Final stage. These ties were crazy long before the recent trend of crazy Champions League ties.

We also look back on Padraig Harrington almost breaking America at the Players' Championship at Sawgrass.

You can subscribe to the podcast via Spotify, iTunes, Pocketcast or all other good podcast platforms by searching 'Balls.ie'. If you enjoy it, please do leave a comment and give us a rating.

Rugby
5 months ago
By Dylan Ryan
Stephen Ferris Outlines Huge Benefit For Players In The New URC Schedule
Boxing
5 months ago
By Gary Connaughton
Donovan Believes Jason Quigley Can Cause World Title Upset After Change In Focus
Football
5 months ago
By Gary Connaughton
Kevin Doyle Names Reading Teammates That Could Have Had Huge Careers
Popular on Balls
The Rewind
3 days ago
By Eoin Harrington
Watch: Brilliant Dermot Morgan Dublin Segment From 'The Travel Show' Resurfaces
Rugby
2 days ago
By Colman Stanley
'That Pace, That Intensity, That Organisation' All Black Legend Has High Praise For Leinster
GAA
2 days ago
By PJ Browne
John Kiely Furious Over 'Two Pundits Talking Nonsense' About Limerick
GAA
2 days ago
By PJ Browne
Cusack Has Little Sympathy For Gearoid Hegarty After Red Card