It is generally acknowledged amongst Ireland's sporting cognoscenti that the Balls.ie Man of the Year is the most prestigious award on the annual end-of-year awards circuit. In its five years of existence, the Balls.ie Man of the Year award has celebrated not just the most talented or most gifted Irish sportsmen, but rather those rare characters who have managed to capture the popular imagination.

2016 was unique amongst Irish sporting years as it served up too many heroes. But we have ploughed forward in the interest of journalism and we present this gilded shortlist. All these men are legendary in their own right, we just need you to tell us who is most legendary. 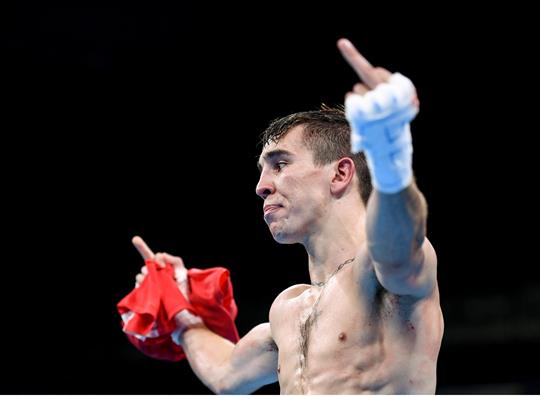 I remember seeing Michael Conlan at an end-of-year sports awards function in Dublin last December. Conlan won the big gong on the night but left the soireé immediately so he'd be back in Belfast to train the next morning. Gold in Rio was his singular life focus. It felt inevitable that evening at the Burlington. The best amateur fighter in the world was in our midst, nothing could stop him.

How naive we were then.

The Olympics movement is broken. We knew this before Conlan was robbed on August 16 in Rio but we had to accept it that depressing Tuesday afternoon. It still boggles the mind: Conlan's Russian opponent was beaten so badly he couldn't fight in the semifinal. Conlan, though, had been deemed the loser. The Belfast man spoke angrily and eloquently about having his dream robbed from him in the days and weeks that followed.

Everything that's followed the Olympics has backed up his condemnation of the AIBA. And though Conlan had the luxury of a pro career to walk into, to go out as he did - middle fingers outstretched, dropping F bombs on all and sundry – means he will be forever remembered as one of the few athletes who called bullshit on amateur boxing and the Olympics. In time, this will be seen as a more important legacy than winning a gold medal. 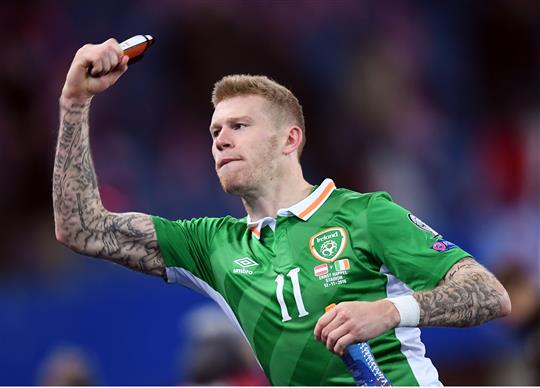 There were many heroes in the Irish football team in 2016, but James McClean’s year was the most distinguished. 12 months ago, McClean was generally O’Neill’s first man off the bench: an injection of tenacity and a guaranteed yellow card after five minutes. These days McClean is one of the first names on the Ireland team sheet. He has been vital in Ireland’s scintillating form this autumn and his goal against Austria means Ireland can dream of Russia in 2018.

But it is McClean's charitable streak and his commitment to his home place that separates from his peers. Balls.ie readers would have learned of three different charitable acts from McClean in one week in July. This week, we learned of a fashion line he set up to honour the victims of the Buncrana tragedy. When you factor in his measured and well-argued opposition to wearing the poppy, it's clear that James McClean is not your run of the mill vacuous, lucre-obsessed modern footballer. He is one of the good guys.

That he has inspired the most popular chant amongst Ireland fans since 'We All Dream Of A Team Of Gary Breen' only attests to his worthiness as a candidate.

Many boys traveled to France this summer in search of football, wine and viral fame. Many came back as men. Of all the folk heroes to emerge from Ireland's memorable Euro 2016 run, none captured the popular imagination quite like Sean Bean Maguire. What began surely as an innocent conversation landed Sean Bean in the crosshairs of a modern-day romantic farce that will likely inspire the next Tom Hanks-Meg Ryan picture.

It started with a Facebook appeal from a young Frenchwoman named Celia from Lyon seeking to contact a mysterious ginger-haired Irishman. 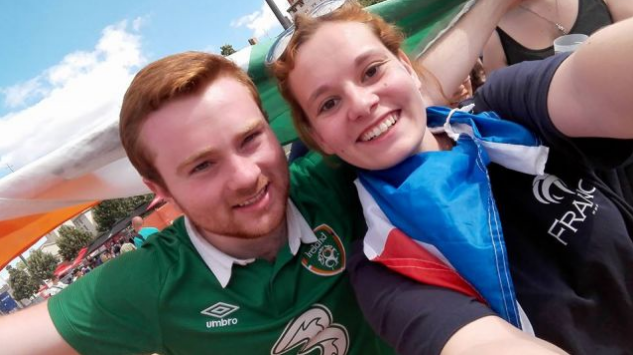 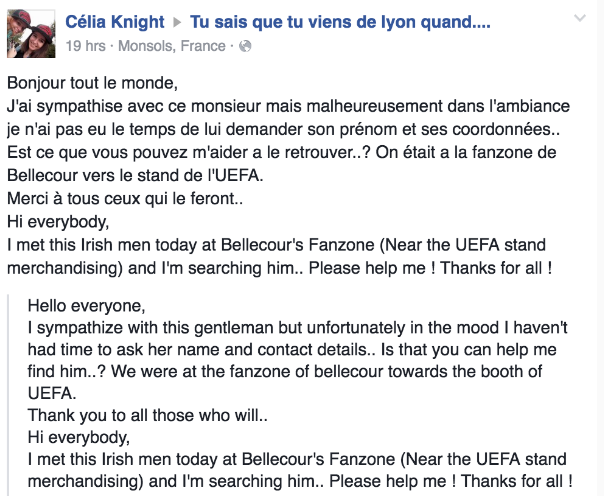 Through the magic of Facebook, Maguire's own girlfriend was soon left scratching her head. 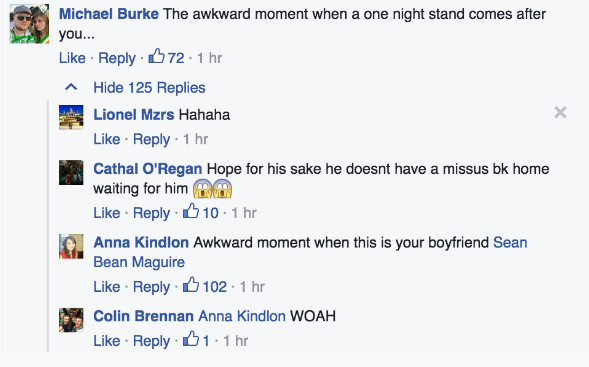 And not longer after, Sean Bean was contemplating emigration.

Appreciation groups were started in his name. Songs were written in his honour ('Sean Bean Maguire, your girlfriend is terrified, Sean Bean Maguire, your girlfriend is terrified'). Thankfully, Sean Bean and Anna patched things up and are still together according to Facebook. But the story of Sean Bean will resonate long in the hearts of all Irishmen who experienced France this summer and drank in the utter randomness of being far from home on a week-long bender with a blank cheque for eejitry. 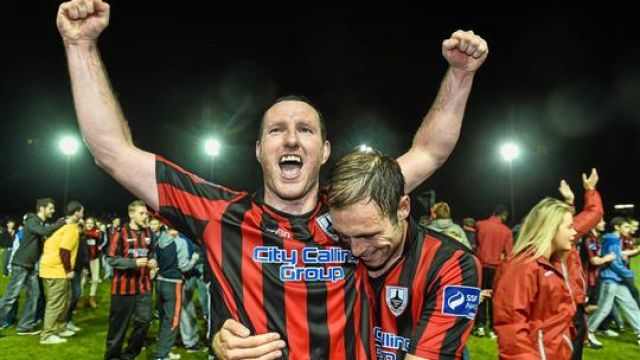 All sportsmen retire some day. Not all leave the playing pitch in a blaze of glory. Pajo Flynn guaranteed he will be remembered for all time when he called time on his distinguished League of Ireland career with arguably the greatest retirement statement ever bloody written.

Leaving for work at 8am, going straight to training and getting home at 9pm was tough…so to my kids I apologise for missing so much and look forward to spending all my time with you. If you have my passion on the pitch and your Mam’s passion in the bedroom you will excel at whatever you choose.

In a year of widespread evil on a global scale and corruption on a sporting plane, Flynn's 857-word retirement statement was a beautiful reminder of what makes sport matter.

Anyone that watches football will know I’m an average player but hard work and commitment was the reason I got all these chances.

If I can do it anyone can. 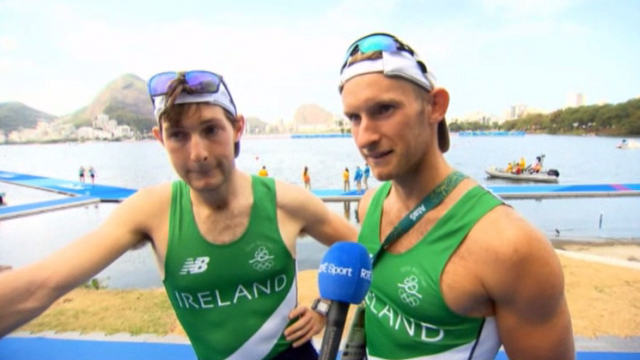 In 2016, the O'Donovan brothers - a moniker which makes them sound like a 1980s showband - became Ireland's first Olympic medalists in rowing and established themselves as Ireland's finest rural comedy duo since D'Unbelievables. Possibly, the finest of all time.

Their achievements are universally known. They won a silver medal in Rio and pushed France all the way in the quest for gold. Back in the RTE studio, Neville Maxwell was tearing up. Irish rowing has known too many 4th placed finishes and hard luck stories down the decades.

Meanwhile, the lads themselves reacted to their silver by informing RTE that they'd to leave Rio immediately as Mick Conlon had said he'd box the head off them if they didn't win gold. This, dear reader, gets to the nub why they're among the nominees and, among them, one of the favourites.

The Balls Man of the Year is not awarded purely on the basis of straightforward sporting achievement, as our inaugural winner Eamonn 'Nippler' Keegan will tell you.

It quickly emerged that these lads, in addition to being world class rowers, were craic-merchants of unusual talent. Bordering on genius, even.

Whether it was Paul outlining their rowing philosophy - "close the eyes and pull like a dog" - or Gary muttering a few words of caution as they walked towards John Inverdale, Steve Redgrave and the rest from the British Broadcasting Corporation - "we better watch what we say to these lads" - the boys proved a gift to the internet and all who live on it.

You could clearly hear the giddy excitement from every RTE interviewer as he/she asked the boys to dispense more TV gold. They always obliged.

Their candidacy presented a tricky problem. The Balls Man of the Year is typically awarded to one person. But we can assure you we never once thought of going down the route of selecting only one of them. For the O'Donovan brothers are a marvellous two headed beast, which comes in one package.

In our view, they could justly be described as "siamese beasts", to quote another rural Irish comic actor. 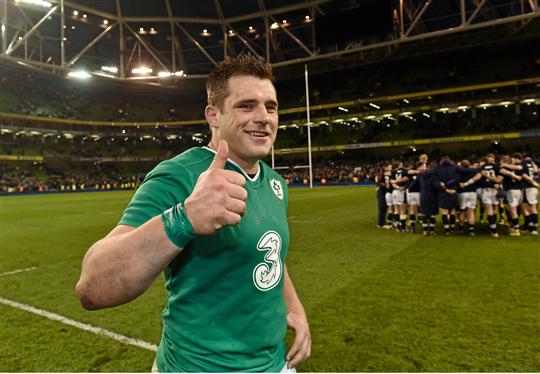 In a year in which the idea of immigration took a bit of a battering, CJ Stander was a shining counterpoint: he’s learned the national anthem, and his acceptance speech for the Rugby Writers’ award featured the line “"I'd like to think I'm from Annacotty in Limerick!’.

He was Irish rugby’s outstanding performer in 2016, with his highlights as varied as they were numerous. He seemed to be man of the match in virtually every game he played (for both Munster and Ireland) and stand-out memories include his try against the All-Blacks, his man-of-the-match performance on his debut and his jumping a wall of Scots to score a try in Dublin.

Ireland’s back-row has as much depth as anyone’s in the world, yet Stander is undroppable. What a man.