It's time for the tenth installment of our GAA series here on Balls.ie - 15 for 30.

So far, there's been plenty of drama and more than a few surprises in our Donegal, Meath, Armagh, Mayo, and Kerry football teams, and our Waterford, Tipperary, Clare, and Wexford hurling teams.

This week, it's football and a county whose last 30 years were defined by the reigns of two outsides managers - Kildare. The Lilywhites enjoyed a rejuvenation in the 1990s under Mick O'Dwyer, before coming close again a decade later under Kieran McGeeney. 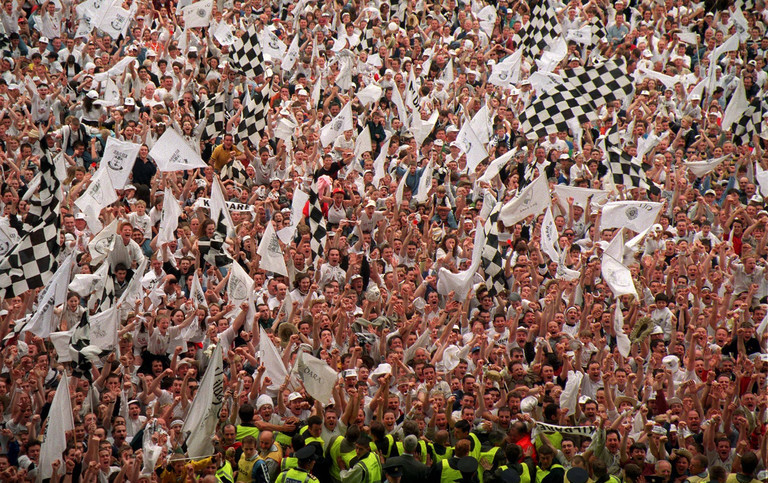 Kildare football was in a sorry state when Mick O'Dwyer arrived in late 1990, just four years after winning his eighth All-Ireland as the manager of his native Kerry. Their one Leinster title since 1935 had been won 34 years earlier, and an Under 21 All-Ireland title 25 years previous was really all they had to show since.

In senior championship, the 1980s offered little for even the most optimistic of Kildare fan. With Meath, Offaly, and Dublin dominating Leinster, Kildare were also behind local rivals Laois in the province's pecking order. In the last six years of the decade, they only managed three Championship wins, and when Wicklow defeated them in the 1990 Leinster quarter final, they became the sixth Leinster team to knock Kildare out in the last 10 years.

Enter Mick O'Dwyer. There were also some green shoots emerging elsewhere. In 1987, the Kildare minors including the likes of Martin Lynch beat a fancied Dublin team in the Leinster Minor Final.

A few months after Micko got the gig, Kildare were promoted from Division 2 of the league and advanced past Kerry and Donegal to make the League final in Croke Park, narrowly losing out to Dublin. Already, there were contenders. Kildare would retain their Division 1 status until 2000.

In the Championship, a defeat to Louth in 1991 (the 7th team to beat Kildare in 10 years) seemed to undo a lot of Micko's good work in the league, but the following year illustrated the real progress that had been made, hammering Wicklow and Westmeath on the way to a first Leinster final since 1978. In 1993, Dublin were again too good for them in the final, but Kildare were on the cusp. In 1994, Dublin needed a replay to eventually get past them for the third year in a row, this time in the quarterfinal. 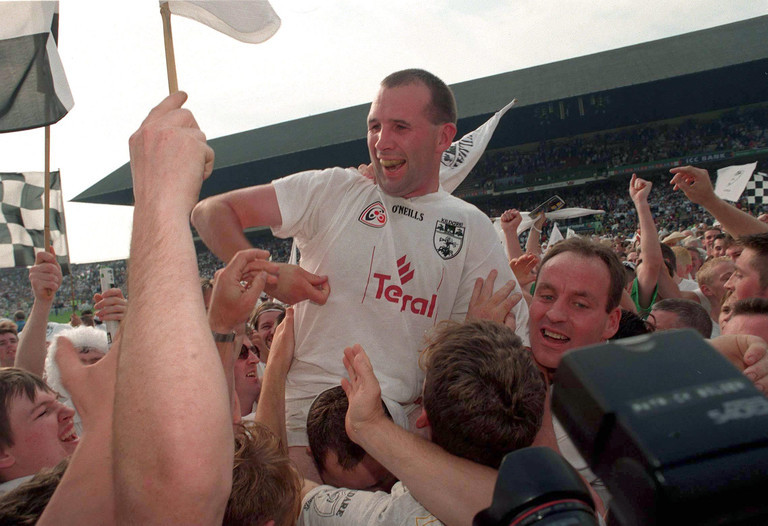 Micko stepped away and the reigns were handed to Roscommon legend Dermot Earley who enjoyed little success, and Micko was back again in 1997. This time, Kildare got serious. With an array of talent coming through, Kildare finally beat the Dubs, before ending a 42 year wait for the Delaney Cup with a win over Meath in the Leinster final.

When they beat O'Dwyer's native Kerry in the semi-final, they achieved the rare feat of knocking the last three All-Ireland winners out of the Championship. In a close All-Ireland final, Galway were too good on the day, but Kildare were well and truly back at the top table of the game.

A second Leinster title followed in 2000, but another barren spell was to follow. The Great Man moved on in 2002, and Kildare were left out while Loais and Westmeath had their moment in the sun, before Dublin took over the province entirely.

Things were at a low ebb when Armagh legend Kieran McGeeney came in in 2008. Kildare promptly lost to Wicklow in the first round of Leinster, but an unlikely run through the qualifiers brought them to an All-Ireland quarter-final where they were narrowly beaten by Cork. A three point defeat in the Leinster final to Dublin and another quarter-final appearence followed in 2009. 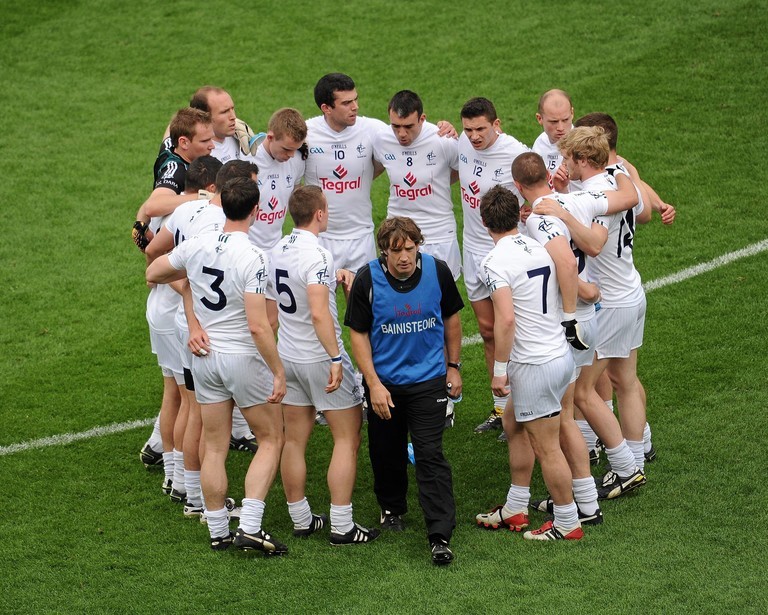 In 2010, Kildare had their greatest chance since 1998. In a very weird Championship, they found themselves a kick of the ball away from an All-Ireland final, losing to Down, courtesy of a very dubious square ball non-call on Down's Benny Coulter. In 2011, an absolute classic of a quarter-final, Kildare's fourth in a row, was lost in extra-time to a Kevin Cassidy wonder point by Donegal. There was a fifth consecutive quarter-final appearance in 2012, but a heavy defeat to Cork suggested the moment was gone.

McGeeney moved on. Kildare made another All-Ireland quarter-final in 2015, but it was one they'd rather forget with Kerry putting seven goals past them. The rebuild has been on since. Kildare remain a threat on their day. They ended Mayo's incredible Championship run in 2018. An All-Ireland Under 20 title in 2018 and a Leinster minor in 2019 shows the next generation could be ready for another assault on the top tier of the game.

The ebbs and flows of football in the county over the last 30 years gives voters some interesting decisions to make. Many of the obvious greats such as Glenn Ryan, Johnny Doyle, Anthony Rainbow and Dermot Earley were around during at least one of the strong spells. Many others though have had a big impact without the same spotlight of a successful team.

How much will voters consider the great individuals who perhaps didn't play on great teams?

Kildare players have been awarded 14 All-Stars in the last 30 years. 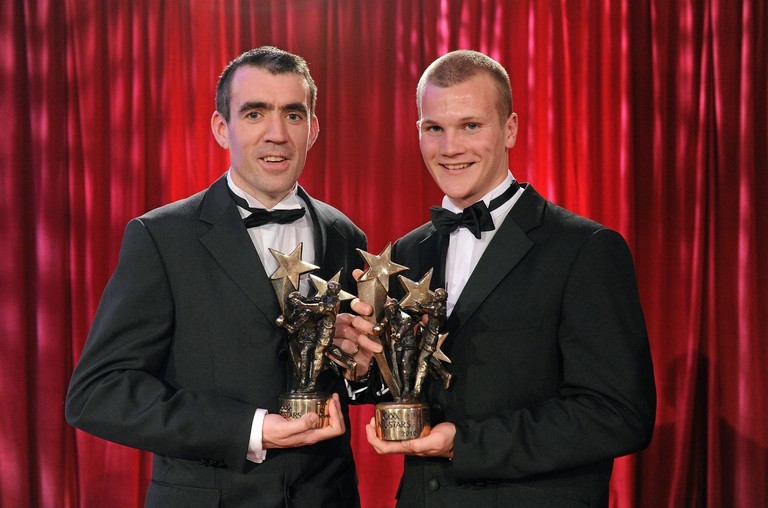 (Remember to pick your team from 1-15 the way you'd want them to line out. If you don't want Niall Buckley in goals, don't put him at number 1!)

Voting ends this Friday the 14th August and the full team will be revealed that evening.

In case you're in need of some assistance, we've broken down some key achievements by Kildare teams and individuals over the last 30 years.

Stay tuned to Balls.ie all this week for analysis of the key matchups, voting updates and a Kildare man will pick his own 15 for 30.

The Best Wexford Team Of The Last 30 Years

The Best Kerry Team Of The Last 30 Years

The Best Clare Team Of The Last 30 Years

The Best Mayo Team Of The Last 30 Years

The Best Armagh Team Of The Last 30 Years

The Best Tipperary Team Of The Last 30 Years

The Best Meath Team Of The Last 30 Years

The Best Waterford Team Of The Last 30 Years

The Best Donegal Team Of The Last 30 Years